Let’s start by taking at the Timeline.vue component in our starting code.

In the template, we have three images of runners. In a moment, we are going to make each of them “race” to the right side of the browser. Since we already have gsap imported into this component, we just need to initialize our timeline, which we’ll do in our mounted hook.

Here, we’ll also add a tween for each runner onto the timeline. Let’s start with the first runner:

Here, we’re using the to method like we’ve used in previous lessons. This method allows us to create a tween and apply it to the target (the element we’re animating). In this case, we are animating the element with the class name of '.first'. We’re telling that element to “run” 700 pixels to the right, over a duration of 2 seconds, and giving that motion an ease called 'expo.out'.

If we check this out in the browser, we’ll see that runner “race” 700px over to the right. So far so good, now let’s create two more to tweens, one for each of the remaining runners.

We can alter the timing that animations within our timeline fire by using the the position parameter. This parameter lets us define when a tween occurs within the timeline’s sequence, and there are several ways for us to set that position.

One way to set the position of a tween within a timeline is by setting its absolution position. This means we provide an integer value, which represents the value of seconds from the start of the animation. So if we wanted an animation to fire a half second into the timeline, we’d set that animation’s position value as 0.5, like so:

Now, the second runner will start “running” 0.5 seconds into the sequence.

Sometimes it may be more useful for us if the position of our animations are set in relation to other animations. To set a relative position, we use a string like '-=.75' or +=.75 to set the start of one tween .75 seconds before (-=) or after (+=) the end of the animation before it. So let’s add a relative position to the second tween in our timeline. 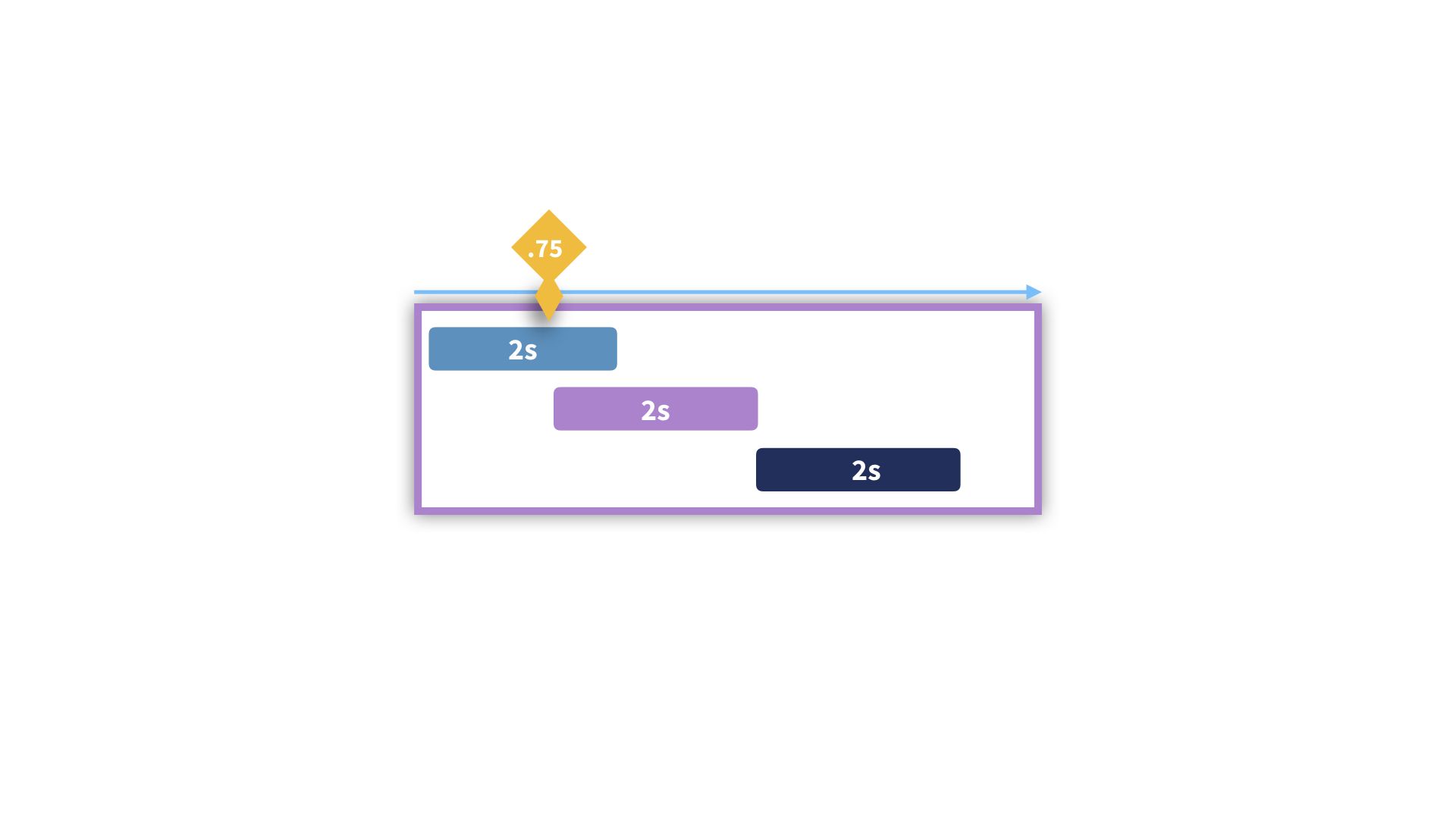 Now the second animation will start .75 seconds before the first one ends. 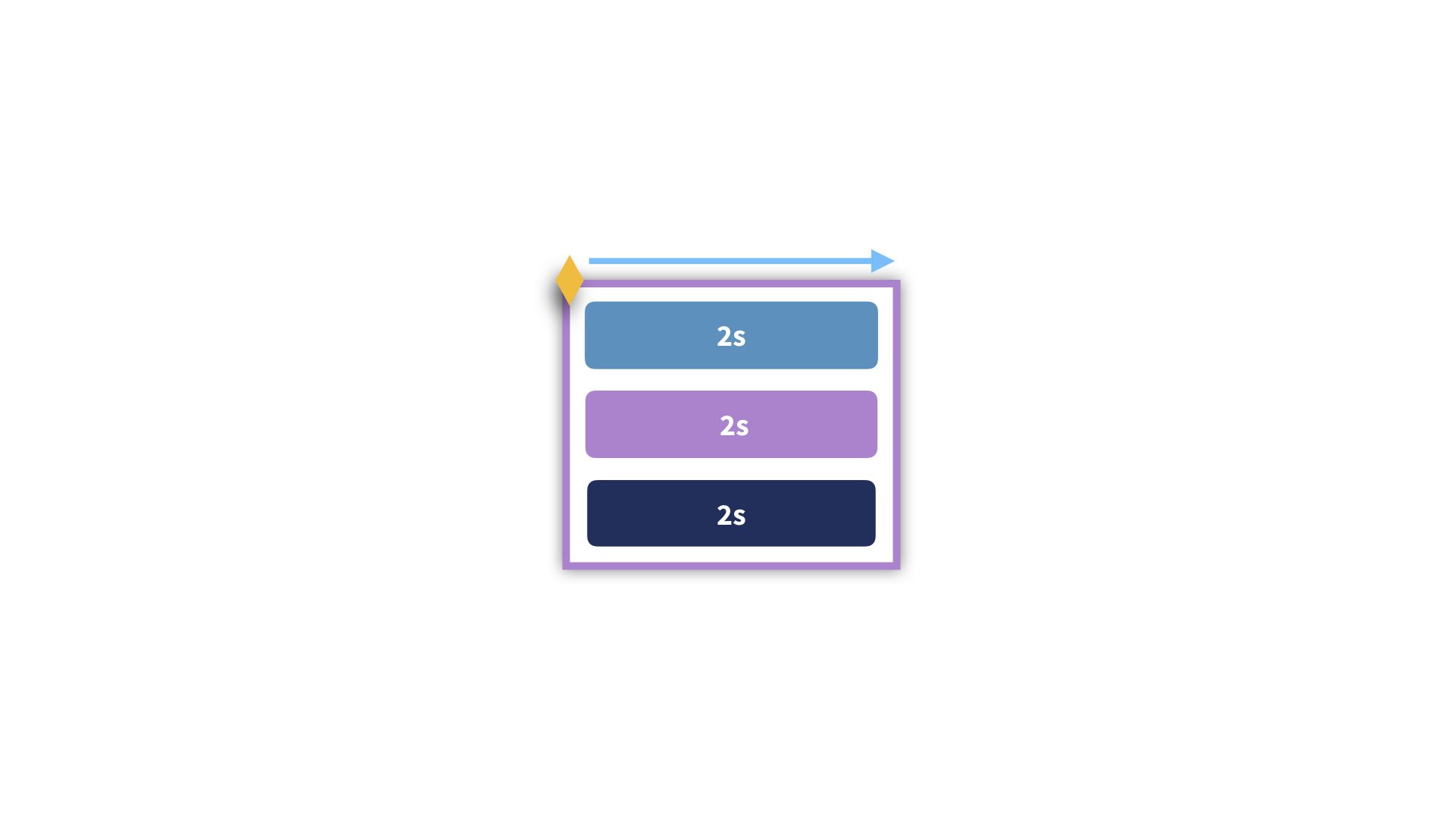 We can also add to these to make them relative. For example, what do you think a position of '0.5' would do?

If you guessed that the second animation would fire a half second after the start of the first, taking the third along with it, then you’re correct.

As you can see, there are a lot of different ways to position animations within a timeline, including even more that you can check out here.

You may have the need to repeat or even loop a timeline. We can easily achieve that by passing in an object when creating our timeline, like so:

Now, our timeline will repeat itself twice. If we wanted it to repeat indefinitely on a loop, we’d use -1.

There’s also the ability to add a delay before the next repetition.

Now this timeline will wait 1 second before starting over.

In this lesson, we saw how gsap timeline’s allows us to sequence multiple animations, adding or removing space between them with the position parameter. In the next and final lesson of the course, we’ll see how we can create more flexible and scalable animations by using nested timelines.